Here is a brief history taken from:

“The village of Birtley stands on a high ridge some 700 feet above sea level and is situated about ten miles north of Hexham. It commands superb panoramic views over the North Tyne valley and beyond to the northernmost part of the Pennines, to Wark Forest and to Scotland. The place name of Birtley means ‘bright clearing’ being derived from the Old English ‘beorht’ meaning bright. W. W. Tomlinson in his book Companion Guide to Northumberland informs us that it used to be called Birkley. This is confirmed by the inscription found on the silver communion cup in the church which reads ‘Birkley chalice, given by Mrs Reed of Chipchase, 1743’.

The remains of several British camps encircling the village provide ample proof that the area was inhabited at the time of the Stone Age. Such camps existed at West End, Birtley Shields Dene, Mill Knock, Countess Park and Carry House. In addition to these, many interesting trelics have been discovered at Carry House camp including spearheads, daggers, knives, long swords and part of the harness and horse trappings of a British chieftain’s war chariot.

Later evidence of man’s use of this area can be seen in the cultivation terraces around the village and a little to the west there are vast deposits of iron slag. Relics of medieval metal workers have been discovered nearby. Later on in the village history, limestone was excavated in the area and kilns remain, notably the one on Kiln Bank.

Birtley Hall stands at the top of Kiln Bank. The present property occupies the site of theold castle and was formerly the vicarage. On the opposite side of the road stands the church of St Giles which dates back to the 12th century .The discovery of a significant stone on the site during the last century suggests that there was a Saxon church here, however.

There is a holy well situated to the north of the village. This chalybeat spring issues from a high rock beneath a waterfall. Nearby, above the spring, is a rock standing twelve feet high and known locally as the Devil’s Rock. Legend has it that a demon once attempted to leap from this rock to the opposite side of the river North Tyne a mile away. The demon’s hoofmarks can still be seen on the top of the rock. To counteract fears of the Devil’s influence the well was blessed by a holy man, hence the title Holywell.

The population of Birtley parish has decreased considerably over the past 150 years. In 1851 there were 428 people recorded on the parish census. This number was reduced to 134 by 1993.

The old village consisted mainly of thatched cottages. Water was collected from wells and springs until 1921 when two taps were install in the village. Life was made easier with the arrival of electricity in 1952. Further changes have occurred in the tenure of property over the years. Most of the village and surrounding farms were owned by the Duke of Northumberland but now about half of the dwelling houses are privately owned.

The village of 1831 would have been virtually self-sufficient with 23 traders living here. A stone plaque on the wall of a property known as Manor House reads ‘Thomas Robson, Draper, Licensed dealer in tea, coffee, snuff and tobacco’. Now only the post office and The Percy Arms pub remain.

The centre of learning in the village has followed a similar pattern. In 1859 some 71 children paid to attend the village school. In 1971 this school closed and the children were transported elsewhere.

Birtley today is a charming, peaceful village. The gardens and surrounding verges are well tended and there is a profusion of colour during the summer months. In recent years the combined efforts of the villagers have been rewarded with the Best Kept Village awards. The village is much admired by the increasing number of walkers who pass through and who still enjoy the same views as did our ancestors.

NB
The village information above is taken from The Northumberland Village Book, written by members of the Northumberland Federation of Women’s Institutes and published by Countryside Books.” 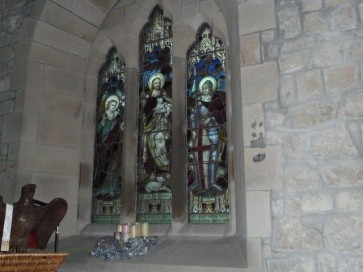 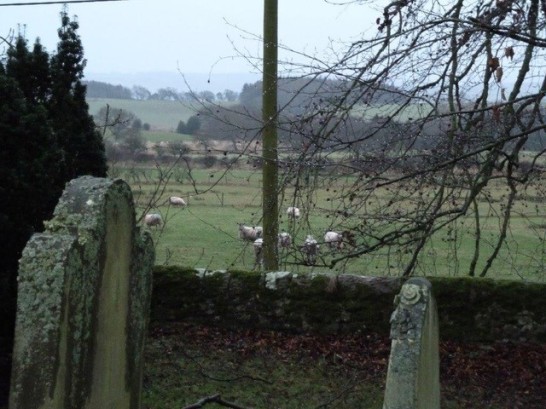