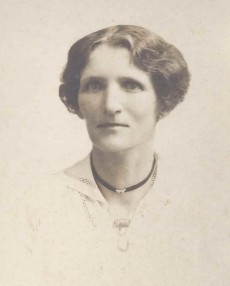 Emma Osborne was the last but one of 10 children, born at Steward’s House, Chipchase in 1874 to Thompson Osborne and Jane Young.

Stewards House, Chipchase – 2018, during the Osborne Residence it was one household, this entry from the 1861 Census.

Thompson Osborne, born Circa 1832, in Skelton, York was already a widower at the age of 24, to date no record of the marriage has been found.

William died in 1899 in Portland, Oregon, his wife, Catherine, 1947 in San Francisco, California.

As there are many references to William, he and his family have been listed separately in the side bar.

Margaret married John Smith, here is a link to the Smith family supplied by Peter Campbell-Burns: 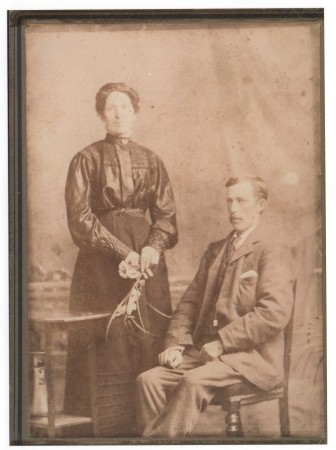 Margaret Osborne and John Smith had 10 children, one of them became a well known character in his own right as he was the Landlord of The Percy Arms, his name was Oswald Smith (Ossie).

Photo supplied by Gloria Milburn, Ossie’s granddaughter, who occupies The Percy Arms (it is no longer a Public House).

Photo of Gloria and her Mum, Dorothy Smith taken in the old Percy Arms, October 2018.

The Newspaper article below has been supplied by Jane Pett:

Emma’s mother, Jane became a widow before her last child was born, the tragic story of Thompson Osborne’s death in 1877 is told here.

As a result of Thompson’s death, Jane was given 200 acres of farm land by the proprietors of Chipchase Castle and remained at Steward’s House for the rest of her life.

The Census from 1881 shows the family had a Butler ! 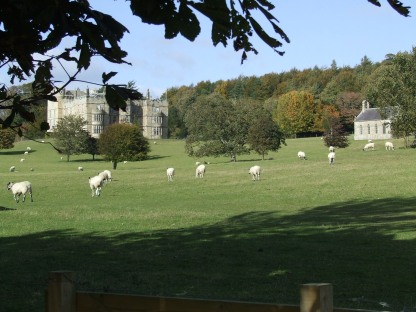 Widow Jane Osborne, many years later married George Hedley in 1896, the union didn’t have a long life as George died two years later in 1898, not a young man as he was born in 1822 !

As mentioned above, Emma’s mother, now Mrs Jane Hedley died in 1917, here are some impressive details of her funeral: 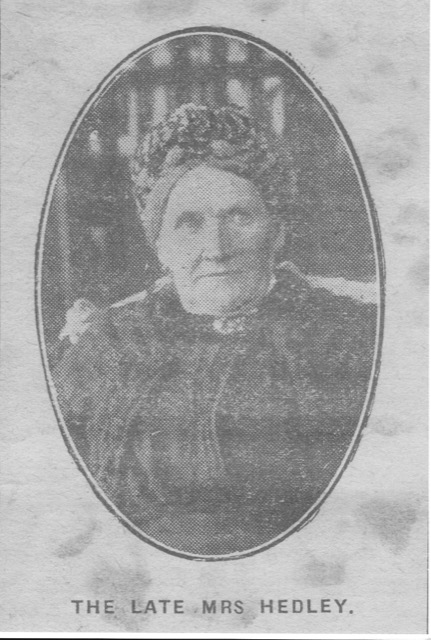 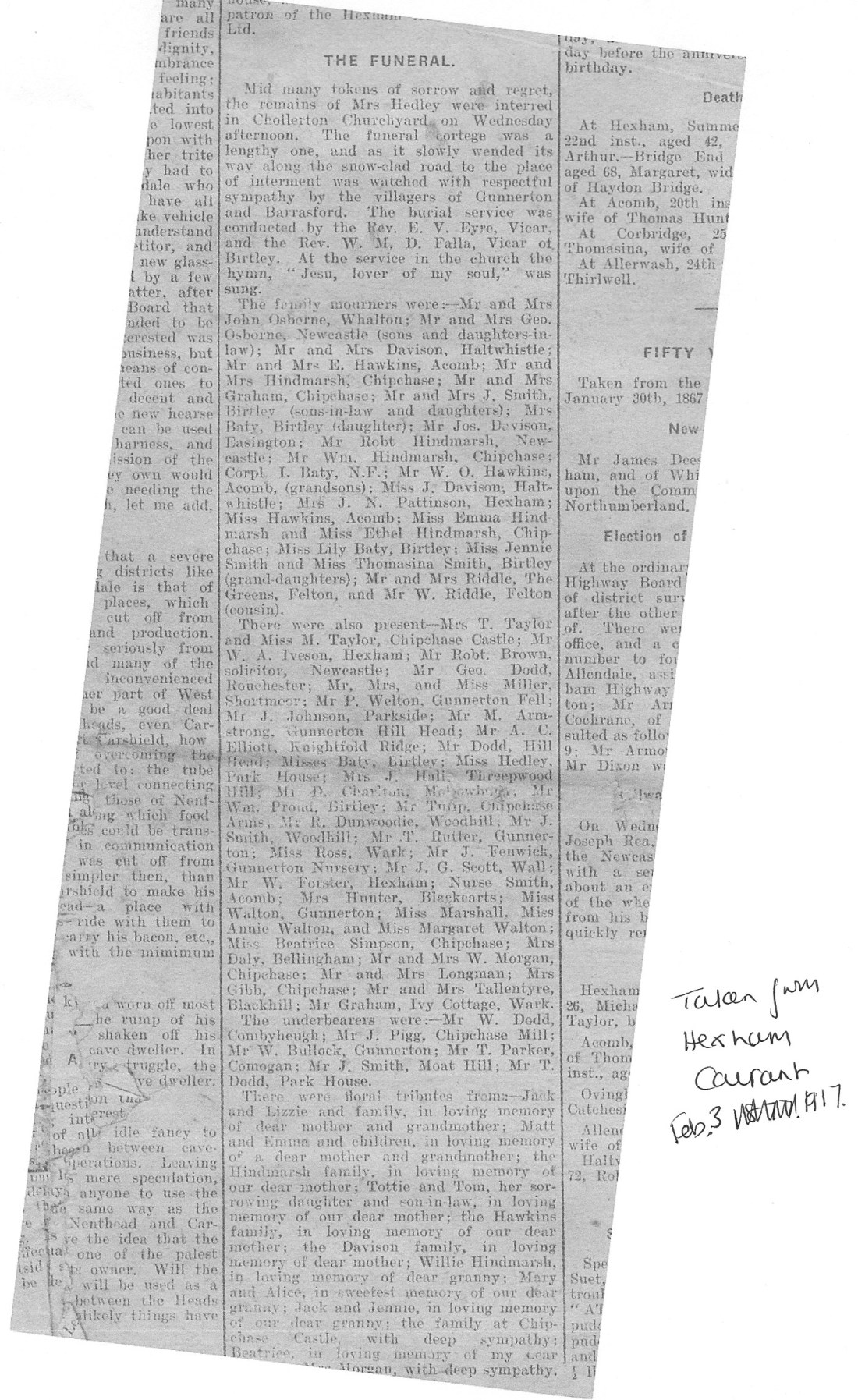 Here is her Will, all these documents have come via Jane Pett, her great, great granddaughter!) 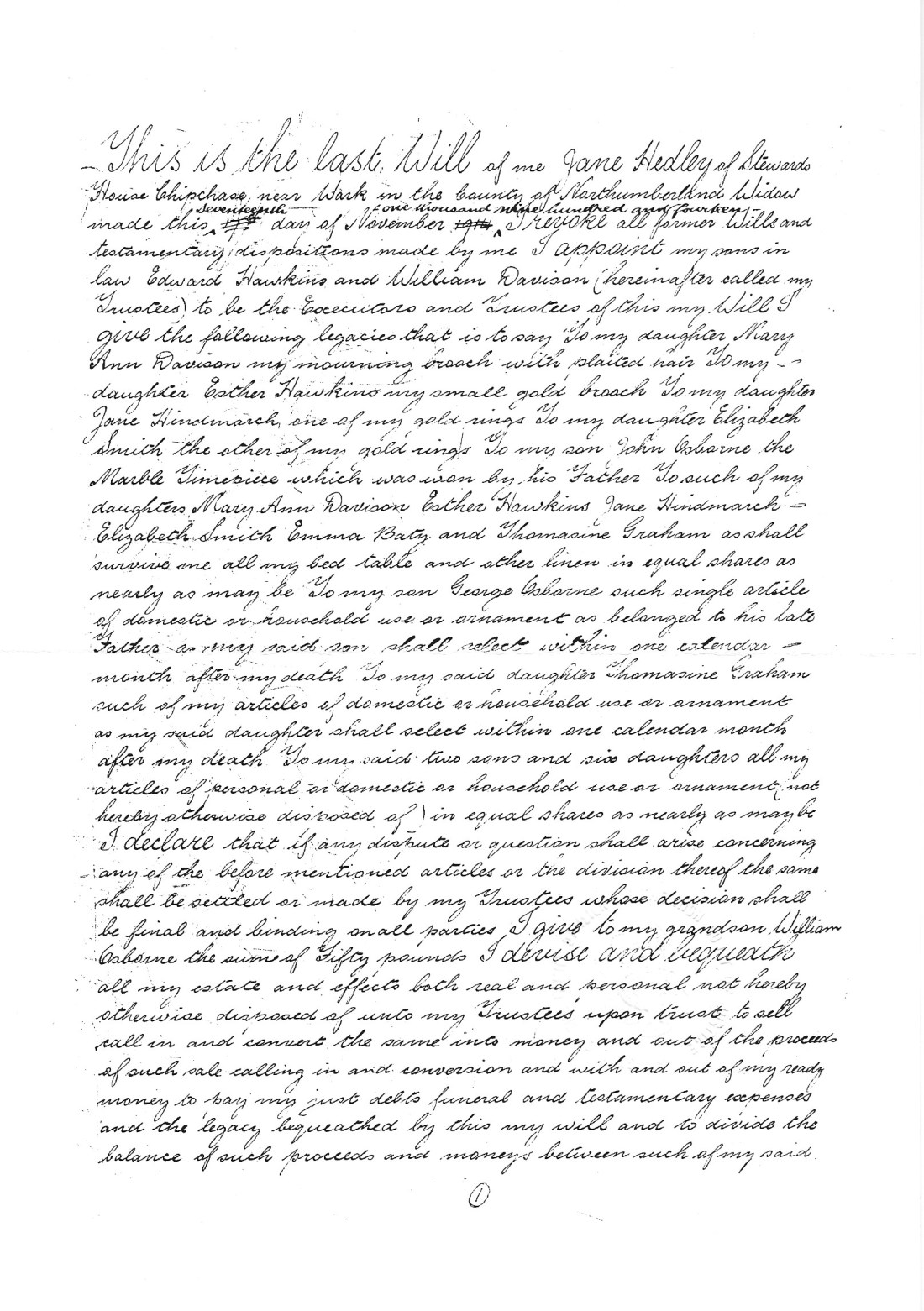 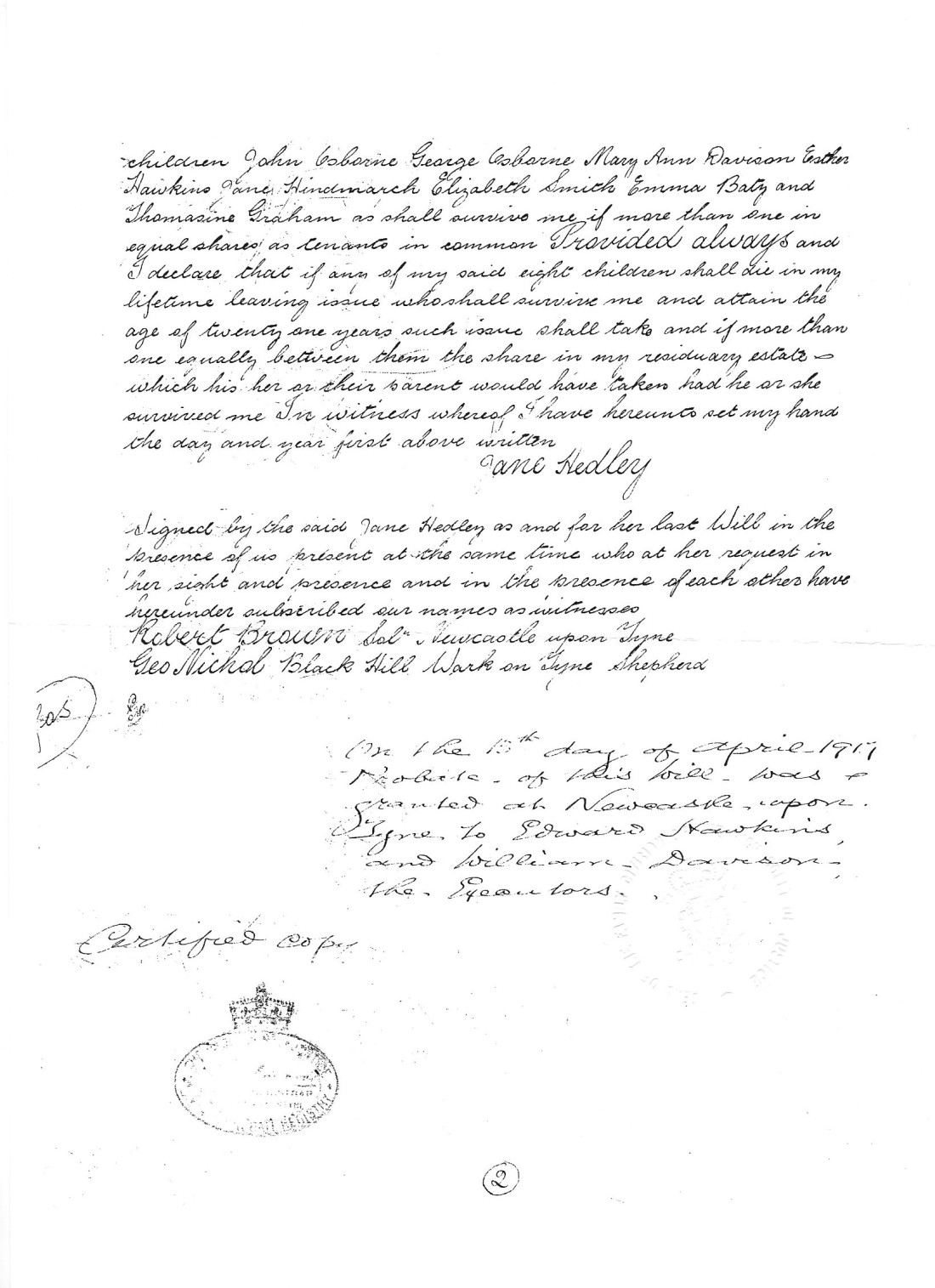 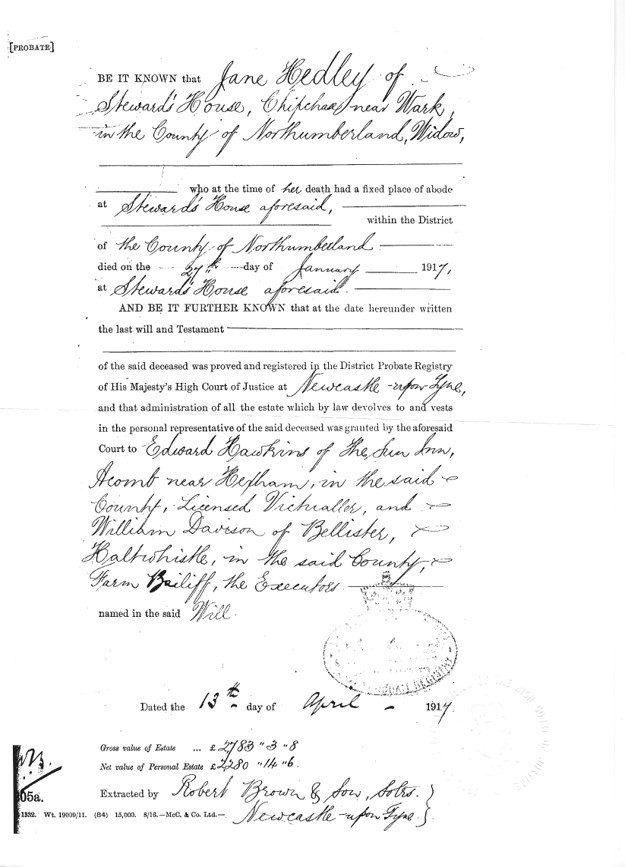 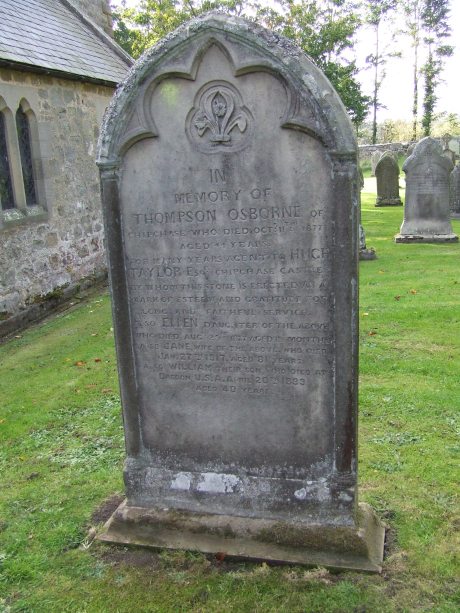 There appears to be a look about the Osborne family, or maybe that should be the Young family as you will see below how alike Emma and her daughter Lilian were to Jane.

These photos were in the possession of Isabel Regina Baty, who said they were her family, it appears that the final photo is that of Winifred, who died in 1917, never to meet her youngest sibling. 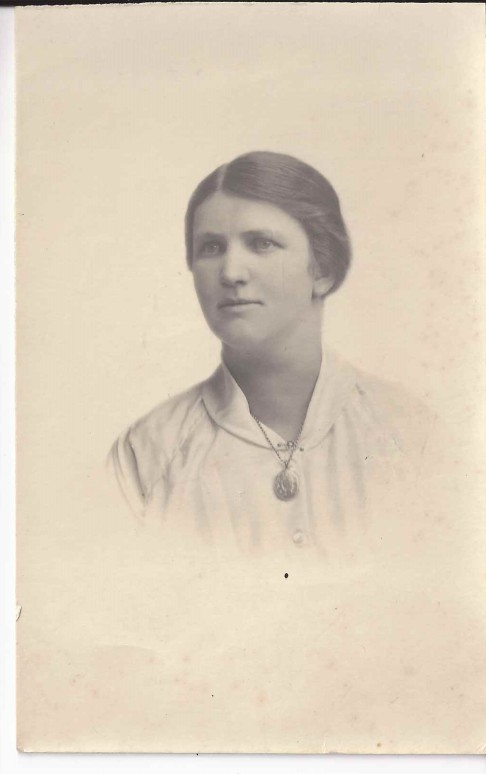 Winifred Baty (Batey)
Emma died in 1926 at the age of 52, leaving a 9 year old girl alone with her father Matthew, Isabel related to her son Paul, the story of how she was raised by her eldest sister, Lilian, who by now was married and had four children of her own.